I got my hair done at the salon for the first time in three years. The last time and my first press {since returning to natural} was in April 2011 for my co-worker’s wedding. This time around I got my hair pressed for my brother’s wedding last Sat! Another April wedding and another press 🙂 I was beyond excited to get my hair pressed. My sister-in-law wanted all of the bridesmaids to get our hair done at the same salon. She wanted our hair pressed {the two other bridesmaids, her sisters are also natural} and pinned up. She said she had been to this salon before and they did natural hair. 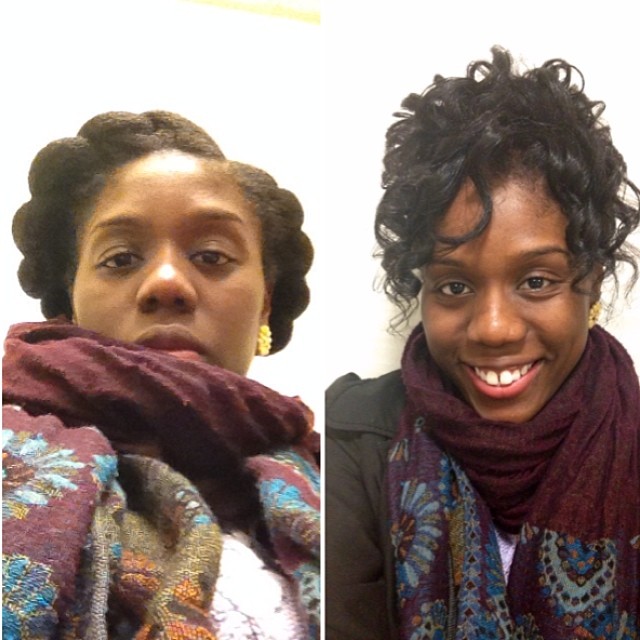 I was so happy with how my hair looked! It came out just the way I pictured. Since my sister-in law didn’t care how we pinned up our hair {as long as it was pinned up}, I took to the internet for some inspiration. Below is the picture that inspired my look. I actually showed this picture to the hairstylist.

I asked her to French braid the back going up. Unfortunately, I didn’t take any pictures of the back but  below is a pic where you can kind of see it. 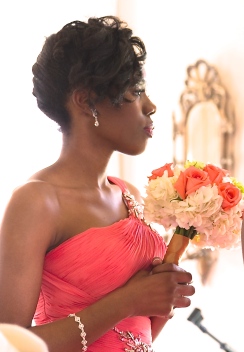 My salon experience was terrible! I would NEVER recommend that salon to anyone with natural hair. However, I would recommend them to anyone looking for a great sew-in  They did my sister-in law’s sew-in and I saw the stylist do a great sew-in while I was waiting to get my hair done. The salon knows how to do heat-trained natural hair. They don’t know anything about kinky or coarse hair. I knew I was in big trouble when they asked one of the bridesmaids {who had kinky-curly hair) “What will happen when we put water in your hair? Will it curl or become matted?” Her hair was softer than mines and her curl pattern was looser. I was prepared to tell them my hair matted but they never asked me. I knew they would consider my tightly coiled hair to be “matted”. 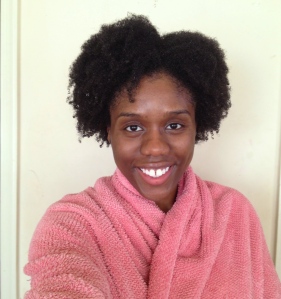 My hair straight out the shower without any products.

The  bridesmaid replied and said that her hair would curl up. They didn’t believe her so they had her sit with conditioner  in her hair and a shower cap on for an hour. They did this so her hair could stretch before they washed it. They didn’t do that for me and I believe I needed that! I think they underestimated the tightness and coarseness of my hair because it looked stretched and somewhat straight while in my Celie Twists. However, my hair is a different story when you get your hands in it, especially in them roots! They tried to de-tangle my hair while it was dry with a big paddle brush. No de-tangler, no condition, no NOTHING! The lady doing this was not gentle and she was brushing my dry hair like I was a mannequin in a Cosmetology school class. I asked her to put de-tangler in first because she was hurting me but she told me they didn’t have any. She said they only had conditioner and she added a little bit that barely helped. She then asked me if I had braids in my hair. I looked at her like she was crazy. There were not any braids in my hair and I told her this was my hair texture. Telling that I was annoyed, she started to wash my hair and later on another stylist took over because I was pissed. She told the other lady to take over because I was “tender-headed”. The other lady came and I complained about how I was being manhandled and how this always happens and that’s why I haven’t been to a salon in three years. This other lady was better but still not good. She did detangle my hair pretty well and it wasn’t as painful because it was wet at this point. However when she blow-dried my hair, it was very painful! The lady that pressed and pinned up my hair implied that I should heat-train my hair. She didn’t believe that I had ever blow-dried my hair. I told her that I did. 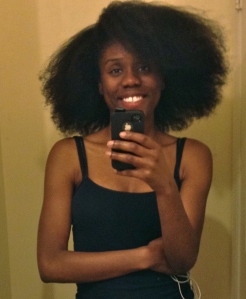 I actually used to blow-dry my hair a lot. I always find my hair easier to style and manage when it’s blow-dried. However, because I sweat  at the gym & Zumba a lot , I find it pointless to blow-dry my hair often. Of course I didn’t tell the stylist any of this because I was annoyed. I just left my response at “yes I do”. I went to hair hell and back so I am not going to the gym or Zumba because I am not sweating this press out nor am I throwing away my $70.00! This press is staying in until the wheels fall off. Absolutely! I actually started to sweat during the night and when I woke up half of my hair was reverting back to an Afro. I put it in a bun and put a scarf on it to lay it down. I’ll just keep it in a bun, I need a  serious trim anyways {according to the stylist at the salon}. Below is my hair in a bun {with a bun donut}, the day after the wedding.

Bun after the wedding 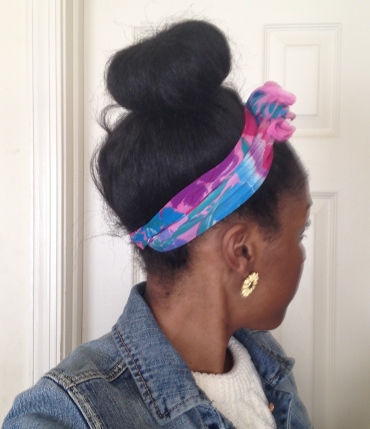 Now it’s time for wedding pics! The wedding  was so beautiful and so was the weather! I LOVED my bridesmaid dress. It looks pink in some of the pictures but it is a beautiful coral which you can really see in the first and tenth pic. The wedding was at an old mansion in Maryland, it felt very colonial like. I just adore weddings and I am so happy for my brother and new sister-in-law 🙂 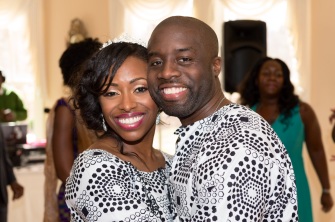 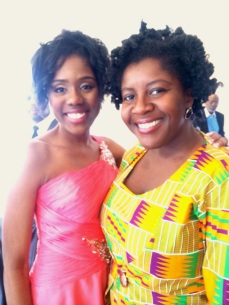 I LOVE my brother

My mommy rocking her Kente cloth

My face is BEAT 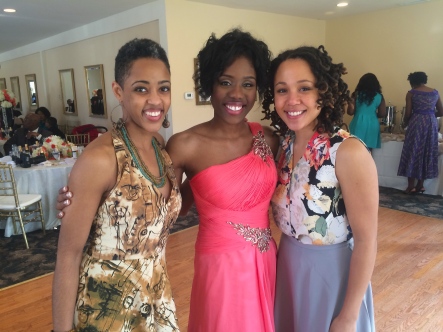 I don’t know why my other brother recorded the cha-cha slide but I like this video..lol  It’s cute! #FUNtimes!!